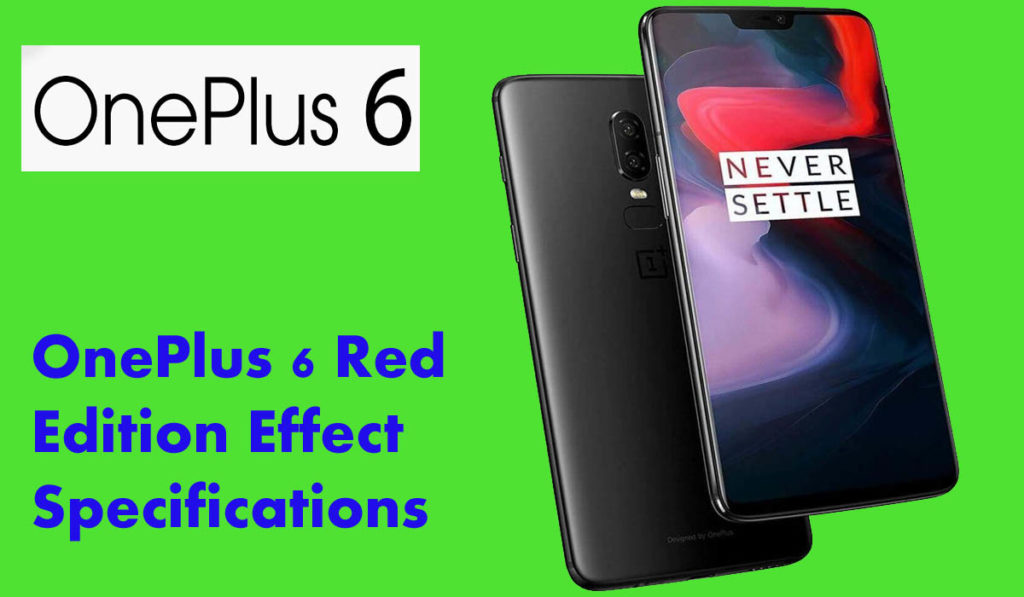 The most recent release comes weeks after OnePlus announced that OnePlus 6 surpassed the one million mark of sales worldwide within 22 days of its release that occurred in May.

OnePlus has provided 64 GB, 128 GB and 256 GB of built-in storage options in the OnePlus 6 that cannot be expanded through a microSD card. In terms of connectivity, the OnePlus smartphone has 4G VoLTE, Wi-Fi 802.11ac, Bluetooth v5.0, GPS / A-GPS, USB Type-C and a 3.5mm headphone jack. There is a backward facing fingerprint sensor and a Face Unlock feature that works with the front camera sensor. Finally, the smartphone includes a 3300mAh battery and measures 155.7×75.4.7.75mm.

Unlike the previous variants, it is said that OnePlus 6 Red Edition was designed using a technique “never before done” that uses optical coating, evaporative film, and six glass panels.

There is an anti-reflective coating added on top of the glass panel that allows more light to reach the lower layers of the glass before deflecting into the device, creating a sense of depth, OnePlus explains in a press release. In addition, the phone has a translucent orange layer that intermixes with the red base layer to provide a bright radiant red. The phone also has a red fingerprint sensor type mirror that is located on the back. In addition to the new color accent, the hardware is identical to the original OnePlus 6.